We believe in the power and diversity of local communities to engage with global challenges.

It is the journey that we chose to undertake, and it is the one that will take us around the world.

If we fail to act now,
there will be more plastic than fish
in the Ocean by 2050. 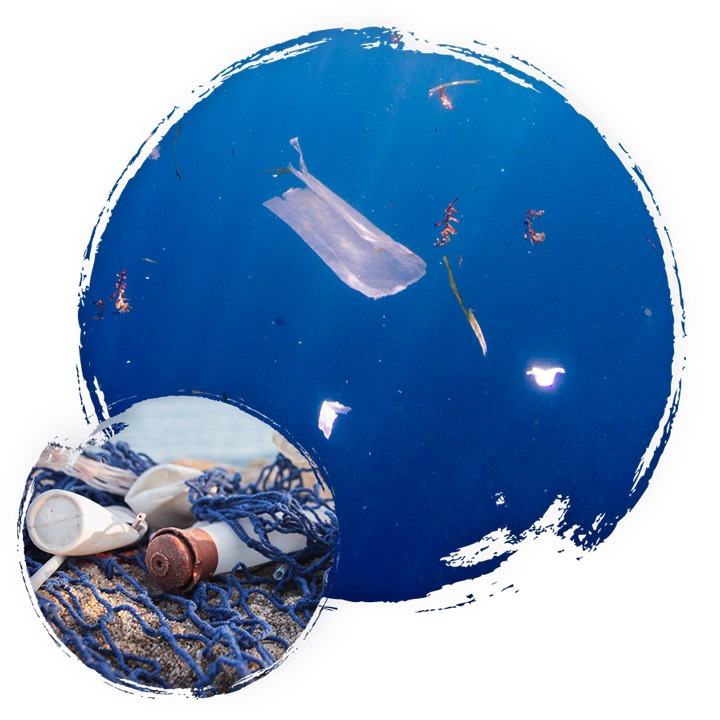 An Ocean of Plastic

Since the discovery of plastic, 6.3 billion tons of waste has been produced. And only 9% has been recycled. The rest? Neglected in open dumps, rivers, along coastlines, and thus, in the Ocean.

Pollution that comes from the shore

Once at sea, it is too late. Only 1% of plastic waste floats, while the rest sinks or degrades itself into micro-particles, impossible to recover. To effectively fight against plastic pollution, we must turn off the pollution tap and act from its source: ashore.

Developing countries: there is an urgency

80% of marine pollution comes from developing countries’ coastal cities. In those regions, both collecting and recycling systems are often non-existent due to a lack of proper resources. Besides, these countries frequently receive additional waste from developed countries. Thus, due to a lack of waste management in these areas, the plastic, therefore, ends up in the Ocean.

We’ve got work to do! So let’s roll up our sleeves!

“Clean up the past, build the future!

Cleaning Up The Past

Today, 5 billion tons of plastic have already penetrated our natural ecosystems. Before we even start changing our production of plastic waste and behavior towards it, what can we do with all this pollution that is about to set foot in the Ocean?

Recycling 1 out of 2 plastic waste in 20 countries would reduce plastic pollution in the Ocean by half.

Tomorrow could be single-use plastic-free if we aimed it to be.
Yet, to build a sustainable future, we need to develop appropriate alternatives to engage with our use of plastic. We must increase the durability of objects that cannot be replaced and reduce the amount of plastic dumped into nature to zero.

Plastic Odyssey’s chosen journey is bold: to develop transitional solutions in the hope that one day, they will never be needed again.

Plastic Odyssey is committed to
supporting the development of local initiatives,
wherever they are needed 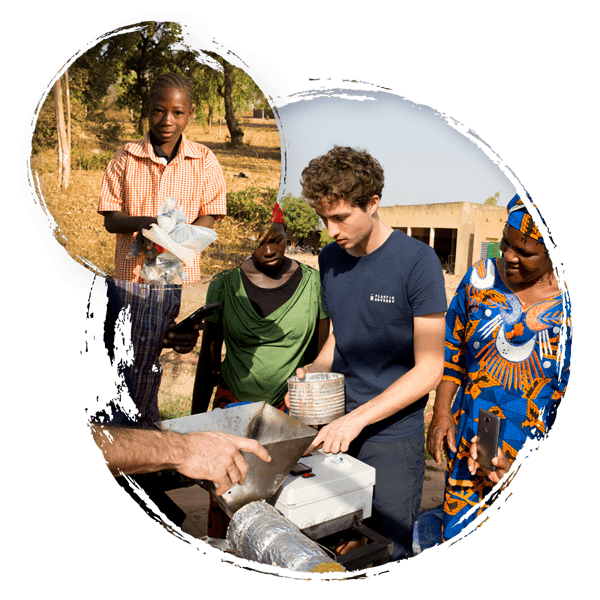 How can the curiosity of local citizens regarding our plastic crisis be stimulated? And their ambition to take action encouraged? How can communities in need be empowered? And how to attract the participation and involvement of local entrepreneurs? Each question holds an answer somewhere across the globe. And we have decided to seek these down!

If we aim for a rapid transition towards a plastic-free Ocean, knowledge must be circulating. In other words, information must be shared, local know-how and technologies disseminated, and successful assessments exchanged with those prevented to its access. The mission is bold, but it is the journey chosen by Plastic Odyssey.

An Expedition across 3 continents,
that will reach areas most affected by plastic pollution 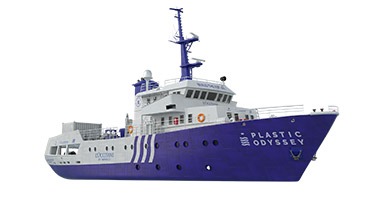 A scientifically-used ship transformed into a laboratory solution-based vessel to fight against plastic pollution. 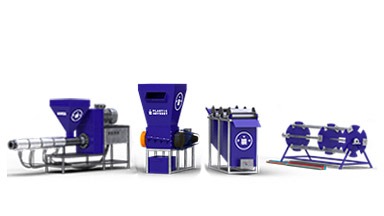 Low-tech and patent-free technologies, to easily recycle waste anywhere around the globe. 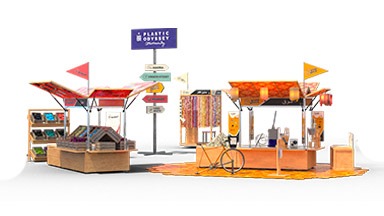 Research and development spaces designed for and accessible to all local citizens.

Let’s build the journey’s next chapter together!

Regarding today’s plastic crisis, we all have a role to play.

Plastic Odyssey is a collective adventure that gathers researchers, engineers, scientists, and experts in many fields. It also aims to stimulate local citizens, both men, and women, who aspire to engage and take action across the globe.

Our goal? To interconnect all these actors of change to share great ideas, generate local initiatives around the world, and stimulate the transition towards a world free of plastic.

Will you join us?

Take Action in the Adventure
Our website uses cookies to improve your experience. By browsing this site, you agree to their use. I consent
Politique de confidentialité