“The best thing that can happen to them is that, after a while, this fantastic idea spreads all over the world.”

Rational towards the plastic pollution crisis, yet anything but resigned, Plastic Odyssey’s team embarks on an ambitious project to raise awareness among the general public, companies, and governments during a round-the-world expedition aboard an ambassador vessel that aims to fight against plastic pollution.

Aimed at initiating the stimulation of small recycling plants and fostering the improvement of local waste reduction initiatives, Plastic Odyssey’s vessel will navigate across Africa, Latin America, and Pacific-Asia. This ability to understand the big picture, and to commit fully and concretely to carrying out its convictions, convinced the Crédit Agricole Group’s management to support Plastic Odyssey’s project.

After an initial phase of philanthropic support in 2018, more than fifteen Group entities have decided to join forces to support the 2021 launch of the Plastic Odyssey expedition. 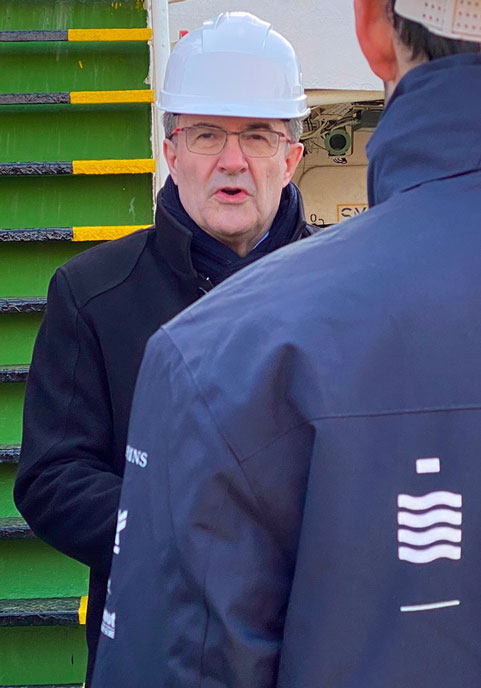 “Deep down, I hope that this project transcends them.”

In addition to supporting the Plastic Odyssey expedition, Crédit Agricole is committed to fighting plastic pollution by reducing its direct impact.

An initiative that aims for zero single-use plastic at the Montrouge and Saint-Quentin-en-Yvelines sites has been launched, which hosts over 10,000 Group employees every day. Concrete proposals will be made by the end of 2019 for implementation in 2020. Dans plusieurs Caisses régionales, un effort est également initié pour réduire la consommation de matières plastiques et favoriser leur recyclage.

Shared convictions in the fight against plastic pollution

Plastic Odyssey’s goal is to build on local experiences to stimulate solutions on a global scale. It encounters a particular resonance in a decentralized and mutualist Group such as Crédit Agricole, which combines an international presence with proximity to the regions in which it operates.

It is also what motivated the Crédit Agricole Group’s management team, to support Plastic Odyssey: a project with both an environmental and socio-economic approach, that seeks to demonstrate that plastic waste can be an economic resource in developing countries, through reuse and recycling.

Considerable progress remains to be done in the so-called developed countries. Supporting this project is also a means for Crédit Agricole to help raise public awareness for the fight against over-consumption of plastic, starting with its 141,000 employees, 30,000 directors, and 51 million customers.

Learn More
Our website uses cookies to improve your experience. By browsing this site, you agree to their use. I consent
Politique de confidentialité